Top 10 Picture Books at the top of my Fall TBR

Top 10 picture books to read with my little loves this Fall...preferable with a nice big cup of hot chocolate (with extra marshmallows, of course): 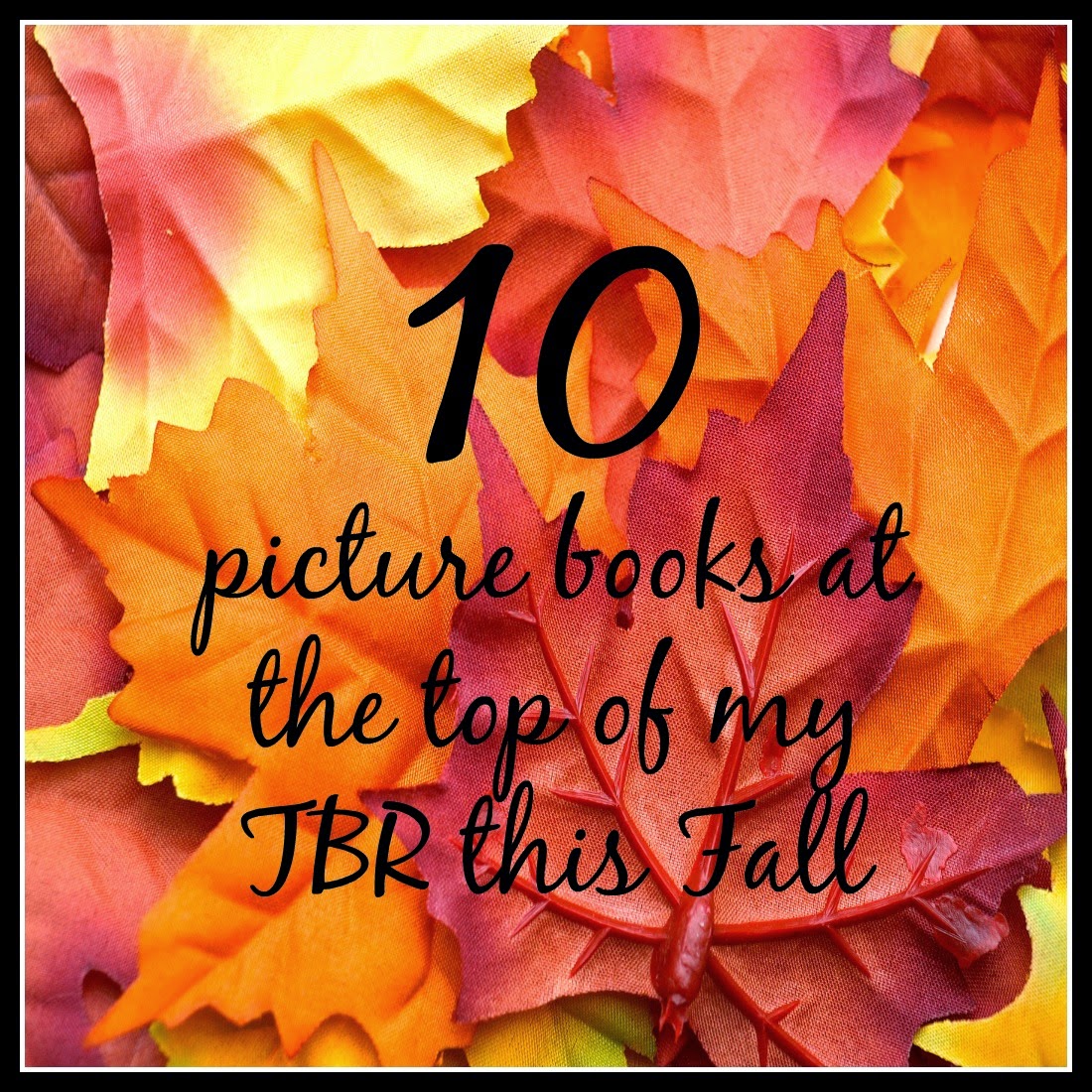 Sophie's Squash
On a trip to the farmers' market with her parents, Sophie chooses a squash, but instead of letting her mom cook it, she names it Bernice. From then on, Sophie brings Bernice everywhere, despite her parents' gentle warnings that Bernice will begin to rot. As winter nears, Sophie does start to notice changes.... What's a girl to do when the squash she loves is in trouble? The recipient of four starred reviews, an Ezra Jack Keats New Writer Honor, and a Charlotte Zolotow Honor, Sophie's Squash will be a fresh addition to any collection of seasonal books.

Miss Nelson has a Field Day
The notorious Miss Swamp reappears at the Horace B. Smedley School, this time to shape up the football team and help them to win at least one game.

Sam & Dave Dig A Hole
(coming October 14th!  But I've managed to get my
hot, little hands on this and can't wait to dive in!!)
Sam and Dave are on a mission. A mission to find something spectacular. So they dig a hole. And they keep digging. And they find . . . nothing. Yet the day turns out to be pretty spectacular after all. Attentive readers will be rewarded with a rare treasure in this witty story of looking for the extraordinary — and finding it in a manner you’d never expect.

Fletcher and the Falling Leaves
As the leaves fall from his favorite tree, Fletcher worries that something is terribly wrong. But then winter comes, and with it a wonderful surprise.
Do you know what it is? Join Fletcher and find out. . . .

The Vanishing Pumpkin
In this "appealing, participatory, fast-paced" story, a 700-yeard-old woman and an 800-year-old man go out to the patch to get a pumpkin to make a pie--only to discover that their pumpkin's been "snitched." "A good bet for Halloween story hours."--School Library Journal. Full color.

Five Little Pumpkins
Five little pumpkins sitting on a gate.The first one said, "Oh my, it's getting late."Get ready for some wicked fun as these five pumpkins run and roll! Toddlers will want to chant along with this popular rhyme again and again. Dan Yaccarino's vibrant and bold illustrations bring these pumpkins to life with personality and style. Toddlers are sure to laugh out loud as these pumpkins roll out of sight!

Aunt Elaine Does the Dance from Spain
An eccentric relative introduces her young niece to the creative worlds of dance and theatre in this peppy picture book. Before her Spanish dance performance, Aunt Elaine brings Katy backstage, where the girl watches her aunt--who ``thinks she's from Spain / But she and dad were born in Maine''--transform herself into Elena. In all the excitement, Katy gets comically tangled in a jumble of hanging costumes and misses most of the show, only to appear onstage with the company for an encore. (Publisher's Weekly)

I Don't Want to be a Frog by Dev Petty
Fans of Mo Willems’s Don’t Let the Pigeon Drive the Bus! and Jon Klassen’s I Want My Hat Back will love meeting this willful young frog with a serious identity crisis. Frog wants to be anything but a slimy, wet frog. A cat, perhaps. Or a rabbit. An owl? But when a hungry wolf arrives—a wolf who HATES eating frogs—our hero decides that maybe being himself isn’t so bad after all. In this very silly story with a sly message, told in hilarious dialogue between a feisty young frog and his heard-it-all-before father, young readers will identify with little Frog’s desire to be something different, while laughing along at his stubborn yet endearing schemes to prove himself right.

The Bear Ate Your Sandwich
By now I think you know what happened to your sandwich. But you may not know how it happened.So let me tell you.It all started with the bear . . . So begins Julia Sarcone-Roach’s delicious tale of a bear, lost in the city, who happens upon an unattended sandwich in the park. The bear’s journey from forest to city and back home again is full of happy accidents, funny encounters, and sensory delights. The story is so engrossing, it’s not until the very end that we begin to suspect this is a TALL tale.  The wonderfully told story, spectacular illustrations, and surprise ending make this Julia Sarcone-Roach’s best book to date. You’ll want to share it with your friends (and keep a close eye on your lunch).

When Aunt Mattie Got Her Wings
Lottie the Chicken deals with the loss of Aunt Mattie in this gently sad and sweetly funny picture book that explores the death of a loved one, in the tradition of Judith Viorst’s The Tenth Good Thing about Barney.Aunt Mattie has died. But before she went, she got to say good-bye to Lottie. Then she got to follow a light to a bustling gate. (A gate that sounded a lot like a busy airport!) And there she found a crew of friends who were waiting to take off with her on a new journey.Will Lottie and Herbie be able to overcome their sadness? They will, with time, and by taking a journey of their own—a journey filled with a little heartache, a lot of happiness, and a batch of Aunt Mattie’s favorite peanut-butter-and-jelly sandwiches. (With bananas, of course!)

Thanks to the amazing gals at The Broke and the Bookish for the inspiration for this fun list!