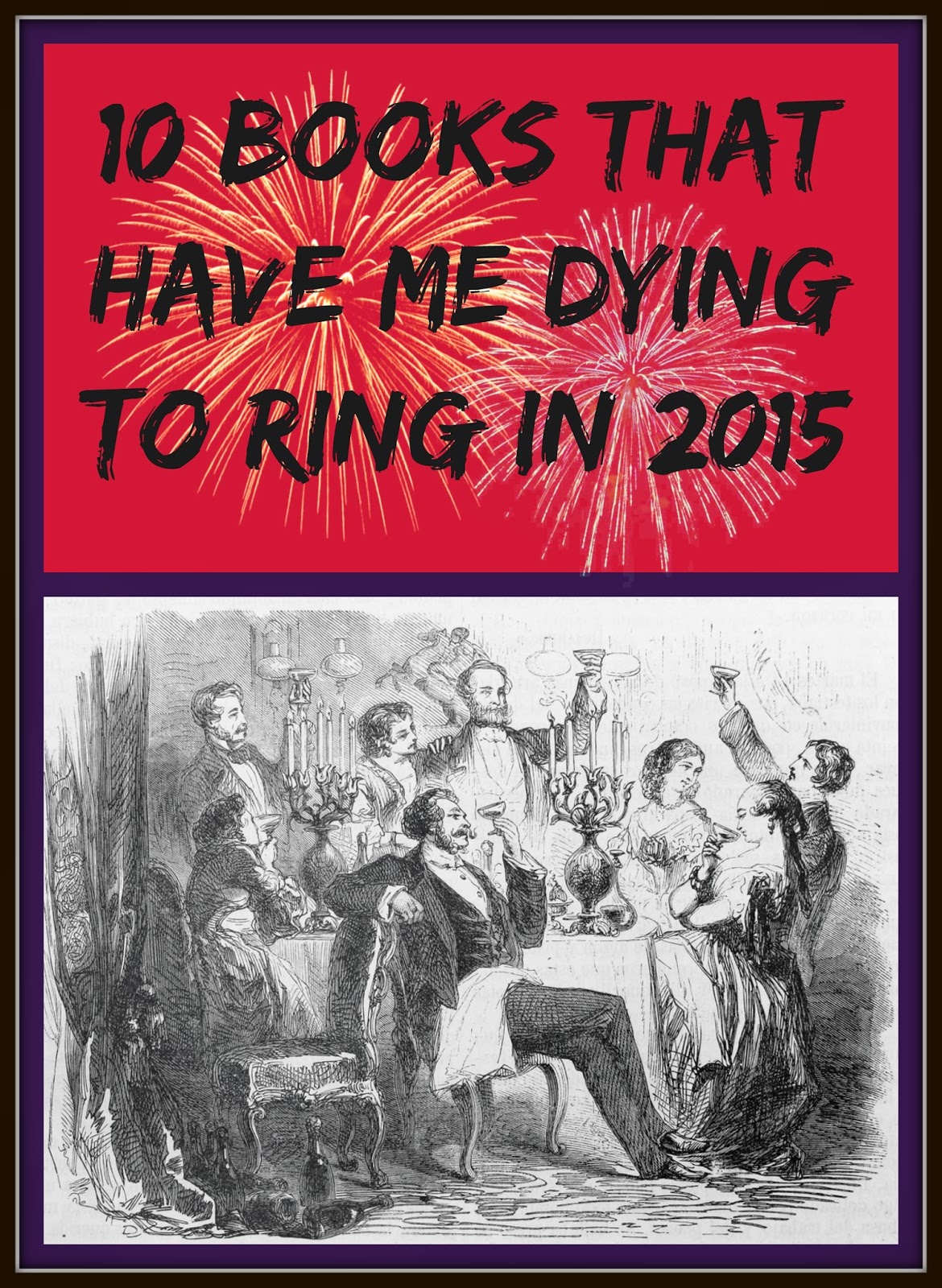 Autumn has finally arrived in the small town of Bascom, North Carolina, heralded by a strange
old man appearing with a beat-up suitcase.  He has stories to tell, stories that could change
the lives of the Waverley women forever...

I Thought this was a Bear Book by Tara Lazar

When an alien crashes into the story of “The Three Little Bears,” it’s a laugh-out-loud adventure and a classic storybook mash-up!
After an unfortunate bookcase collapse, Alien suddenly finds himself jolted out of his story and into a very strange world, complete with talking bears. Desperate to return to his book, Alien asks the Bear family for help so he can get back to his story and save his beloved Planet Zero from total destruction before it’s too late.
Mama Bear and Papa Bear try all kinds of zany contraptions (with some help from their nemesis, Goldilocks) without much luck. Baby Bear might have the perfect solution to get the Alien out of the woods and back to his planet...but will anyone listen to the littlest voice in the story?

Rodeo Red and her hound dog Rusty are happier than two buttons on a new shirt… until Side Swiping Slim shows up. Red is sure that anyone who hollers that much will be hauled to the edge of town and told to skedaddle, but her parents seem smitten. When that scallywag sets his eye on Rusty, Rodeo Red had better figure out a way to save her best friend in all the world. Can she make a bargain with a varmint?

Save Me by Kristyn Kusek Lewis

Daphne Mitchell has always believed in cause and effect, right and wrong, good and bad. The good: her dream job as a doctor; Owen, her childhood sweetheart and now husband; the beautiful farmhouse they're restoring together. In fact, most of her life has been good--until the day Owen comes home early from work to tell her he's fallen head over heels for someone else.
Unable to hate him, but also equally incapable of moving forward, Daphne's life hangs in limbo until the day Owen's new girlfriend sustains near-fatal injuries in a car accident. As Daphne becomes a pillar of support for the devastated Owen, and realizes that reconciliation may lie within her grasp, she has to find out whether forgiveness is possible and decide which path is the right one for her. (Technically, this releases December 30, 2014...but I won't get to it until 2015, so it is totally on my list!)

The Way to Stay in Destiny by Augusta Scattergood

When Theo gets off a bus in Destiny, Florida, he's left behind the only life he's ever known. Now he's got to live with Uncle Raymond, a Vietnam War vet and a loner who wants nothing to do with this long-lost nephew. Thank goodness for Miss Sister Grandersole's Rooming House and Dance School. The piano that sits in Miss Sister's dance studio calls to Theo. He can't wait to play those ivory keys. When Anabel arrives things get even more enticing. This feisty girl, a baseball fanatic, invites Theo on her quest to uncover the town's connection to old-time ball players rumored to have lived there years before. A mystery, an adventure, and a musical exploration unfold as this town called Destiny lives up to its name.
Acclaimed author Augusta Scattergood has delivered a straight-to-the-heart story with unforgettable characters, humor, and hard questions about loss, family, and belonging.

The Imaginary by AF Harrold

Rudger is Amanda Shuffleup's imaginary friend. Nobody else can see Rudger-until the evil Mr. Bunting arrives at Amanda's door. Mr. Bunting hunts imaginaries. Rumor has it that he even eats them. And now he's found Rudger.
Soon Rudger is alone, and running for his imaginary life. He needs to find Amanda before Mr. Bunting catches him-and before Amanda forgets him and he fades away to nothing. But how can an unreal boy stand alone in the real world?

Dead to Me by Mary McCoy

"Don't believe anything they say."

Those were the last words that Annie spoke to Alice before turning her back on their family and vanishing without a trace. Alice spent four years waiting and wondering when the impossibly glamorous sister she idolized would return to her--and what their Hollywood-insider parents had done to drive her away.

When Annie does turn up, the blond, broken stranger lying in a coma has no answers for her. But Alice isn't a kid anymore, and this time she won't let anything stand between her and the truth, no matter how ugly. The search for those who beat Annie and left her for dead leads Alice into a treacherous world of tough-talking private eyes, psychopathic movie stars, and troubled starlets--and onto the trail of a young runaway who is the sole witness to an unspeakable crime. What this girl knows could shut down a criminal syndicate and put Annie's attacker behind bars--if Alice can find her first. And she isn't the only one looking

Evoking classic film noir, debut novelist Mary McCoy brings the dangerous glamour of Hollywood's Golden Age to life, where the most decadent parties can be the deadliest, and no drive into the sunset can erase the crimes of past.

Tuesday McGillycuddy loves stories - and her mother is a writer. A very famous writer, who has locked herself away in her writing room to finish the final book in her best-selling series for children. But when Tuesday knocks on her door, she discovers her mother is missing!
In search of Serendipity, Tuesday and her faithful dog Baxterr soon find themselves on a very dangerous mission. They enter the magical world where stories come from, a mysterious and unpredictable world, full of real danger and heart-stopping adventure. With the help of pint-sized heroine Vivienne Small, Tuesday will need all her wit, courage, perseverance and imagination in order to get to The End and be reunited with the people she loves.

I am a collection of oddities, a circus of neurons and electrons: my heart is the ringmaster, my soul is the trapeze artist, and the world is my audience. It sounds strange because it is, and it is, because I am strange.

After the sudden collapse of her family, Mim Malone is dragged from her home in northern Ohio to the “wastelands” of Mississippi, where she lives in a medicated milieu with her dad and new stepmom. Before the dust has a chance to settle, she learns her mother is sick back in Cleveland.

So she ditches her new life and hops aboard a northbound Greyhound bus to her real home and her real mother, meeting a quirky cast of fellow travelers along the way. But when her thousand-mile journey takes a few turns she could never see coming, Mim must confront her own demons, redefining her notions of love, loyalty, and what it means to be sane.

Told in an unforgettable, kaleidoscopic voice, Mosquitoland is a modern American odyssey, as hilarious as it is heartbreaking.

The Honest Truth by Dan Gemeinhart

The debut of a phenomenal new middle-grade talent.

In all the ways that matter, Mark is a normal kid. He's got a dog named Beau and a best friend, Jessie. He likes to take photos and write haiku poems in his notebook. He dreams of climbing a mountain one day. But in one important way, Mark is not like other kids at all. Mark is sick. The kind of sick that means hospitals. And treatments. The kind of sick some people never get better from.
So Mark runs away. He leaves home with his camera, his notebook, his dog, and a plan to reach the top of Mount Rainier--even if it's the last thing he ever does. The Honest Truth is a rare and extraordinary novel about big questions, small moments, and the incredible journey of the human spirit.